Home > General > Endocrine-Disrupting Chemicals Explored
This content may include affiliate links. Purchases through these links earn us a referral fee at no extra cost to you. 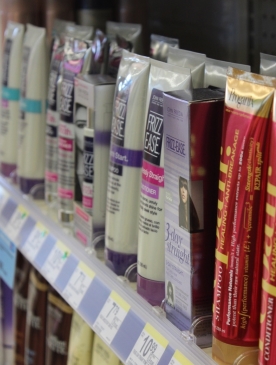 Chances are you've heard the term "endocrine disruptors." According to recent research, these substances are costing us billions of dollars per year in health care expenses (see the National Geographic article Chemical Exposure Linked to Billions in Health Care Costs). Generally present in small but pervasive quantities, these chemicals defy the conventional "the dose makes the poison" premise and are clearly wreaking havoc with our bodies.

Endocrine-disrupting chemicals (EDCs) have been implicated in the following:

According to the Endocrine Society,

EDCs are defined as "an exogenous [non-natural] chemical, or mixture of chemicals, that interferes with any aspect of hormone action."

Hormones are natural chemicals produced within endocrine glands that perform a variety of critical functions in the body and play a key role when it comes not only to our quality of life but also to how we interact with the environment.

There are a myriad of other classes of EDCs, including:

EDCs disrupt the endocrine system by mimicking or blocking a natural hormone. In the case of mimics, an EDC "tricks" the hormone's receptor into thinking the EDC is a hormone, which may inappropriately activate certain processes. As a hormone blocker, an EDC may bind to a hormone's receptor and block the activation of key processes in the body.

Because EDCs are not natural hormones, a single EDC can have multiple impacts on a variety of hormonal pathways. One type of EDC may disrupt two, three, or more endocrine functions.

In addition, there is now evidence that EDCs induce changes to germ cells—precursors to sperm and egg cells—which can potentially impact future generations. According to the Endocrine Society's document Introduction to Endocrine-Disrupting Chemicals (EDCs) – A Guide for Public Interest Organizations and Policy-Makers,

Children can inherit the negative consequences induced by the exposures of their ancestors. This is very important, because it underscores the point that the introduction of a chemical into the environment, if it affects the germ cells, will be inherited long after the chemical is cleaned up or breaks down.

What You Can Do

There is no need to wait for government or health organizations to take action regarding EDCs. While these chemicals are ubiquitous in our environment, many of them have short half-lives. This means reducing your exposure can offer immediate benefit by reducing your toxic burden. Consider the following suggestions:

Global production of plastics grew from 50 million tons in the mid-1970s to nearly 300 million today. Endocrine-disrupting chemicals aren't going away anytime soon. In the meantime, why not be proactive and experience the rewards of a more natural lifestyle!