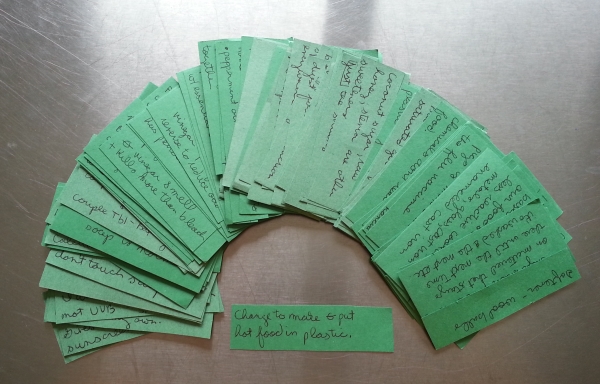 Are you trying the momsAWARE Natural Year Challenge? Have you started the Food Edition or the Household Edition, then grown discouraged and stopped? You're not alone. Here is some encouragement from a mom named Amy.

I started the Natural Year Challenge the first time you introduced it. I made it through quite a bit but got freaked out by the food cultures. I can see now that I was scared of what I didn't know and was afraid to try. This time, as I walk through the Challenges for home and food, my mindset is very different thanks to your encouraging words on Toxic Talk Tuesday. "It doesn't hurt to try, it's hard, it takes time" are the words I hear echoing. 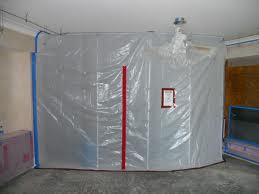 Ryan and Julie Shellenberger experienced a serious mold exposure from their dream home in Colorado. After numerous visits to doctors, coming away with no explanation for the ill health of their four children and themselves, Ryan and Julie made the connection with water damage in their home. They left the home and everything in it, remediated and sold the home. They are now building a new home, taking special precautions when it comes to toxic mold.

Tiffany's story illustrates the health hazards of water intrusion, as well as the genetic factors involved. (For more information, see our article on Genetic Susceptibility.) It is our hope that by sharing her story, others will make a connection between environment and health.

We finally moved out of our house in November 2009. We lived there 10 years, although our most serious health trials began three years prior. It started with unexplained lethargy and listlessness, gradually increasing in severity to tremors, loss of ability in my limbs, then finally to seizures. I would be in the middle of homeschooling our three children (at that time 8, 6, and 4) and find myself on the floor, barely able to move. I would have to lie there until the "episode" was over or, if I was able, I would crawl into bed.

My eight-year-old daughter would call my husband to have him rush home. He would pick me up off the floor and carry me in to bed.

We did not tell anyone, because we couldn't explain it. Doctors told me that it was mental or sleep deprivation. They would suggest I take psychiatric drugs and sleep medications. I was also told that it was stress from having three children. (Really, how many mothers get seizures from having children? That wasn't an adequate explanation in my mind.) I was also diagnosed with asthma for the first time in my life and developed eye problems, later requiring surgery. I refused to take their prescriptions, telling one doctor that I would not take anything until he found the root cause of what was happening. After all kinds of testing, he could not.

To hear Joan's recounting of her family's tragic story, listen to this 51-minute audio interview conducted by momsAWARE's Andrea Fabry.

Joan, her husband, and their two children were stationed in Hawaii in the spring of 2006. Upon seeing their prospective military home, Joan noticed mold in the cabinets. She mentioned the mold, was dismissed, and thought nothing of it.

Joan was five months pregnant when they moved in, and within six days found herself in the emergency room with severe vision issues. She felt like she was going blind. "It felt like someone put Saran Wrap over my eyes," she says. "Everything was blurry, and there were lights in my vision." Doctors found nothing wrong and sent her home. The vision disturbances continued with no explanation.

After two months in the home, the downstairs bathroom toilet overflowed. Raw sewage covered the carpeting. The housing maintenance workers steam-cleaned the carpets and left. Now seven months pregnant, with her husband deployed to Iraq, Joan requested that the carpets be replaced. "There were things growing underneath," she recalls. She asked to be moved, but her request was denied. The manager insisted this was not his responsibility. "He told me it was my job to clean it up," she says. Leaks from the upstairs bathroom into the downstairs were ignored or improperly fixed.