Home > Natural Alternatives > The Benefits of Natural Light
This content may include affiliate links. Purchases through these links earn us a referral fee at no extra cost to you.

The Benefits of Natural Light 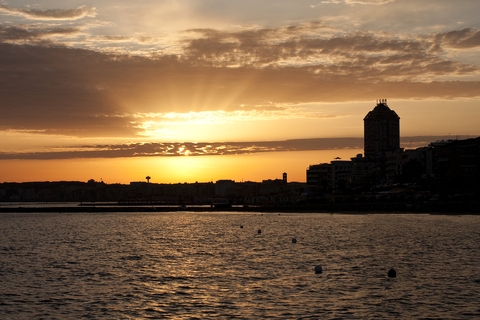 Do you suffer from mal-illumination? The term, coined by light-science pioneer John Ott, suggests that people are suffering from a lack of natural light much like those who are malnourished.

Our buildings are often dark, with few windows. Our lives are centered on computers and indoor tasks. A little outdoor time with access to full-spectrum light can go a long way toward boosting our mood and immune system.

The Influence of John Ott

Ott (1909-2000) experimented in the field of time-lapse photography in the 1930s. Soon he was sought after by Disney and eventually had his own weekly TV show. In the midst of his heavy traveling and media schedule, Ott developed arthritis, often walking with a cane.

After inadvertently breaking his regular eyeglasses and working outside for several hours, Ott noticed improvement in his level of pain. He and his wife promptly traveled to Florida to see if the association between unfiltered light and improved arthritis was real.

Much of the time was spent sitting under a palm tree where I could read or look out into the open and still receive the benefits of natural sunlight in contrast to artificial light or sunlight filtered through glass. Fortunately, I was able to read without my glasses, needing them primarily for distant vision. My particular reason for not wearing dark glasses was that in addition to the glass itself filtering out virtually all the ultraviolet and certain other shorter wavelengths of sunlight energy, the characteristics of the light are further changed depending on the color of the glass.

Ott avoided all television and driving during that week. He even avoided looking through window glass, choosing to spend many hours a day outside.

There was no doubt about it. My arthritis was definitely much better, and I was satisfied it was not my imagination or wishful thinking. Furthermore, after several days of not wearing glasses at all, my eyes were no longer extra sensitive to the bright sunlight even on the beach. Before the week was up, I played several rounds of golf on a short nine-hole course and went walking on the beach without my cane. I felt like a new person.

Ott's career took a dramatic turn. He devoted the remainder of his life to the benefits of natural light vs. the hazards of artificial light.

Each eye contains 137 million photoreceptors, 130 million of them called rods and 7 million called cones. These photoreceptors transform light into electrical impulses that are sent to the brain at a rate of 234 miles per hour. Some travel to the visual cortex, others to the hypothalamus. The hypothalamus is our chief operating officer overseeing such processes as body temperature, appetite, heart rate, hormones, and much more. It is also intricately linked with the pineal gland, the distributor of melatonin, which dictates when and how well we sleep. 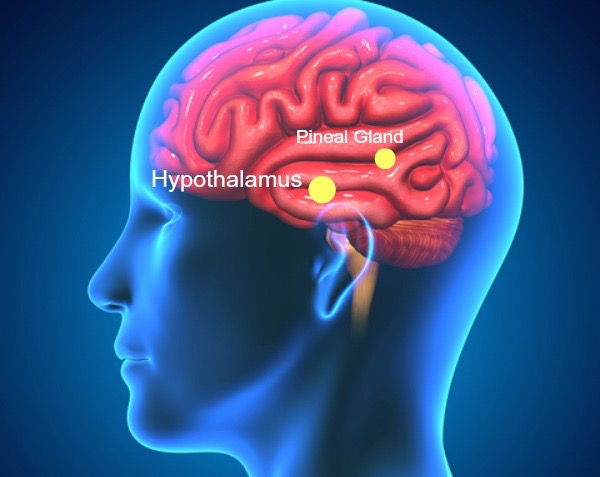 Note in the above image how closely aligned these critical glands are with our eyes. It is easy to see why Ott concludes his book Health and Light this way:

We have finally learned that light is a nutrient much like food, and like food, the wrong kind can make us ill and the right kind can help keep us well.

There is much to say about wrong vs. right kinds of light. Given that sunlight offers more than 1,500 types of wavelengths that nourish our eyes, it makes sense that artificial light or filtered light can't offer the full benefit of natural light.

What about eye damage without sunglasses?

It's true that too much sun can do harm to your eyes. Possible manifestations include pterygium (damage to the eye's protective membrane, also known as "surfer's eye") and macular degeneration. However, sitting in the shade and enjoying full-spectrum natural light is generally not associated with these injuries.

From the food we eat to the health of our indoor environment, our bodies generally let us know what works or doesn't work. Encountering an afternoon glare while driving may require sunglasses. If the noon sun feels too strong, you may need to move to the shade.

With a bit of intention and moderation, you may find yourself enjoying relief from a case of mal-illumination.