To hear Joan's recounting of her family's tragic story, listen to this 51-minute audio interview conducted by momsAWARE's Andrea Fabry.

Joan, her husband, and their two children were stationed in Hawaii in the spring of 2006. Upon seeing their prospective military home, Joan noticed mold in the cabinets. She mentioned the mold, was dismissed, and thought nothing of it.

Joan was five months pregnant when they moved in, and within six days found herself in the emergency room with severe vision issues. She felt like she was going blind. "It felt like someone put Saran Wrap over my eyes," she says. "Everything was blurry, and there were lights in my vision." Doctors found nothing wrong and sent her home. The vision disturbances continued with no explanation.

After two months in the home, the downstairs bathroom toilet overflowed. Raw sewage covered the carpeting. The housing maintenance workers steam-cleaned the carpets and left. Now seven months pregnant, with her husband deployed to Iraq, Joan requested that the carpets be replaced. "There were things growing underneath," she recalls. She asked to be moved, but her request was denied. The manager insisted this was not his responsibility. "He told me it was my job to clean it up," she says. Leaks from the upstairs bathroom into the downstairs were ignored or improperly fixed.

After a troubled pregnancy with repeated trips to the hospital due to early contractions, Joan's third child, Manny, was born. Joan hoped that the tough days were behind her. Her two older children, however, continued to show signs of ill health. Her five-year-old son would complain of severe abdominal pain and headaches. Her 15-month-old daughter would hold her legs and scream because of leg cramps. Joan stopped going to the emergency room for her vision because "they told me I was crazy."

Her husband returned from Iraq for Christmas, and on New Year's Eve Joan and her family attended a New Year's gathering. Manny, now six weeks old, was pale and needed constant burping. He was gassy and cried from the discomfort. His nose was stuffy, and Joan assumed he was coming down with a cold.

When she laid Manny beside her at 3:30 that morning after a long New Year's Eve, Joan assumed his cries would awaken her in a few hours. At 6:30 a.m., Joan awoke and discovered that Manny was unresponsive. Alerting her husband to call 911, she began CPR, continuing until the medical team arrived. Manny never responded. He died on New Year's Day 2007, cause of death undetermined.

Stricken with grief, Joan wanted to know why he died. The investigators suggested she rolled over onto him, but his symptoms didn't match. The medical examiner found blood in his lungs, in his brain, and in his heart, and massive congestion in his lungs. The cause of death remained undetermined.

In February, with her husband redeployed to Iraq, Joan awakened her daughter from a nap and noticed how white she looked. "Even the pupils in her eyes lost color," she recalls. They rushed her to the ER. By the time the staff got to them, her daughter's color had recovered. "Have you sought counseling?" the staff asked Joan.

Soon after this, Joan's girlfriend saw a news story on toxic mold. "It matches what you're going through," she said.

"Your home is very toxic," he said. "Can you get out of there?" Joan told him of her attempts to leave. "Try to stay away from home as much as possible, and open all the windows," he urged.

She took her two remaining children to mold specialist Dr. Vincent Marinkovich in California. Based on blood samples taken from the kids, Dr. Marinkovich concluded that Joan and her family were being severely poisoned.

Joan demanded another home, and the military provided a temporary apartment. She left most of her family's possessions behind.

Joan is now on the other side of her tragedy. Recovering her health has not been easy. She still struggles with brain fog, fatigue, and abdominal pain. Her oldest son has auditory problems. Her daughter goes white whenever exposed to mold. All have food sensitivities.

I don't want my son's memory to die with him. I want people to know that he died because they (the military) were negligent. I continued to ask them to move me, and they didn't. Now I'll never be able to hold my son on this earth again. Secondly, I would like them to start cleaning up these homes. Start giving mold victims the medical attention they need.

There are so many moms out there who have gone through this. They feel lost. Doctors are telling them they're crazy. I want them to know the truth. For the people who are in the beginning stages of this, I hope they're educated enough to get out before they lose a loved one. I want people to know the truth and in doing so, spare them a lot of heartache. 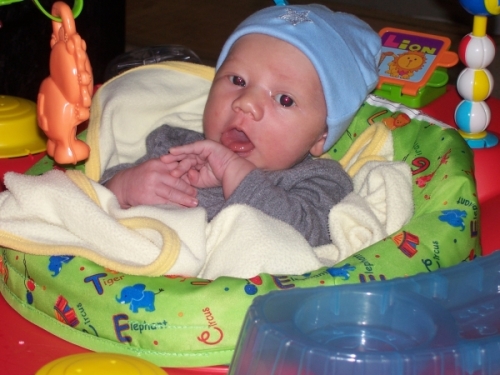