Tiffany's story illustrates the health hazards of water intrusion, as well as the genetic factors involved. (For more information, see our article on Genetic Susceptibility.) It is our hope that by sharing her story, others will make a connection between environment and health.

We finally moved out of our house in November 2009. We lived there 10 years, although our most serious health trials began three years prior. It started with unexplained lethargy and listlessness, gradually increasing in severity to tremors, loss of ability in my limbs, then finally to seizures. I would be in the middle of homeschooling our three children (at that time 8, 6, and 4) and find myself on the floor, barely able to move. I would have to lie there until the "episode" was over or, if I was able, I would crawl into bed.

My eight-year-old daughter would call my husband to have him rush home. He would pick me up off the floor and carry me in to bed.

We did not tell anyone, because we couldn't explain it. Doctors told me that it was mental or sleep deprivation. They would suggest I take psychiatric drugs and sleep medications. I was also told that it was stress from having three children. (Really, how many mothers get seizures from having children? That wasn't an adequate explanation in my mind.) I was also diagnosed with asthma for the first time in my life and developed eye problems, later requiring surgery. I refused to take their prescriptions, telling one doctor that I would not take anything until he found the root cause of what was happening. After all kinds of testing, he could not.

As it became more frequent and uncontrollable, I could hide it no longer. I was acting as secretary for our women's group in church when I suddenly lost control of my arms. I could no longer take notes! Moreover, I drove a stick-shift to church, so someone had to drive me home. How embarrassing! But that was the beginning of my search for answers. One of the ladies at the meeting suggested that it might be mold. I never considered that before. I did not think mold could ever be a serious threat to anyone's health.

Another woman at church told me that she heard of the Fabry family's mold journey on Chris Fabry Live. From there I began to research mold and mold-related illnesses. In college I worked as a research assistant for a company that would write medical articles, so I knew how to research and read medical information. When I tried to share the information with doctors, they refused to look at it, assuming I was crazy.

I was astonished when I found out how dangerous mold can be! And our home was full of it! We were ignorant when we bought our house. It was our first, and our realtor advised us not to get an inspection. The house was built in 1920. The roof was old, leaking bucketfuls when it rained; the siding was asbestos; the paint had lead; and our basement flooded whenever it rained. There would be inches of standing water in the basement for weeks. Not only that, we later discovered that our house was lacking a foundation on one side. Only well-packed dirt, and a steel beam was holding it up. So whenever it rained, there was no foundation wall to keep it from entering. I could see the black moldy spots growing on the walls, but aren't all basements moldy? Or so I thought.

We had a storage room downstairs and would periodically have to throw some items away because of visible mold. My daughter had an Easy-Bake Oven that looked like a chia pet because it had so much fuzzy mold growing out of it. I kept some of my clothes in a closet in the basement. We have pictures of one of my suits growing mold on it, just like you would see growing on the side of a tree. 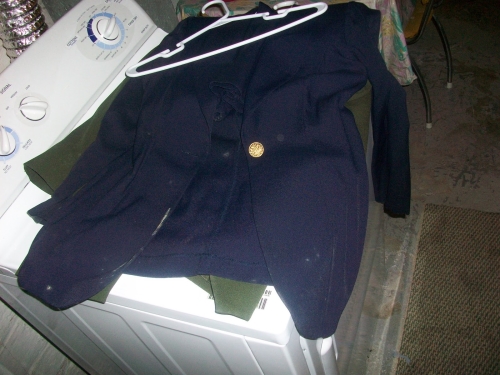 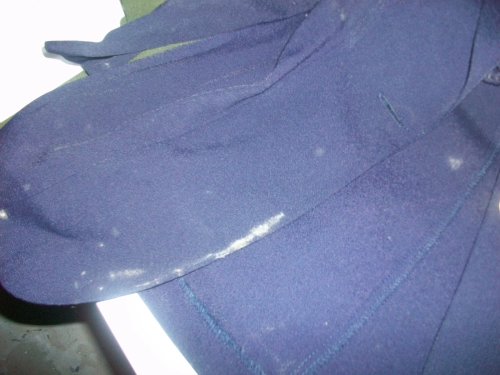 All this was happening, but I initially did not link it to my growing health problems.

Although I was the one most dramatically affected, I wasn't the only one. I had trouble carrying all three pregnancies to full term. My oldest daughter was considered premature and labeled "failure to thrive" after several months. All I could do was cry. I was doing all that I knew to help her to thrive. She plummeted to the 5th percentile, and was steadily declining despite all of my best efforts. She remained smaller than normal and would be teased because of it. As she grew older, she would often complain of numbness and tingling in her limbs, to the point of tears. Along with myself, both my oldest and middle child had trouble falling asleep and staying asleep. Thankfully, my youngest and my husband didn't seem affected at all.

Thanks in part to Andrea Fabry's blog, I was able to make a connection between what was happening to our health and the visible mold that was spreading rapidly throughout our house. We eventually had our house tested, and the dominant mold found in abnormal amounts was Penicillium, along with others. The closest doctor we could find was four hours away, despite living near an internationally renowned medical facility. We would drive there every two weeks for months to receive treatments. I was desperate for answers and Andrea's blog greatly helped in that search, aiding us in our path to healing.

We moved out and lived in my mother's basement while we spent thousands trying to have our home ready for our return. While living with my mother, I had no episodes and felt somewhat better. All of this was to no avail. Our health problems soon returned after moving back, this time with more frequency and greater severity. I felt like we were trapped in a prison with nowhere else to go. When we moved into our house 10 years prior, we had virtually no debt. Now, without any savings, thousands of dollars in debt, and with an upside-down mortgage, we could not make our mortgage payments and pay rent elsewhere. In spite of this, we were desperate to move and left almost everything behind. I did keep pictures and a few things of sentimental value.

With only the clothes on our backs, we tried to regain what was lost and recreate a home for ourselves and our children. Leaving everything was difficult, understanding what it would do to us financially, but was worth it. I had no more episodes. Except one time, when I foolishly went back into the house for an hour trying to salvage some more things. The next day I found myself on the floor again and my daughter again calling my husband to quickly rush home. I knew then, without a doubt, that the house was the source of my ills. I never went in there again.

My health is almost completely back to normal. My weight dropped dramatically while in the home, making me underweight. Now I have energy to exercise regularly and my weight has returned to normal. My oldest daughter, who was once "failure to thrive," was told at her last well-visit that she is in the 75th percentile. I almost cried at the doctor's news. In less than three years she went from the 5th percentile to the 75th percentile and no longer does she cry because of numbness and tingling in her limbs!

When I look back, I have to say thank you, Andrea Fabry, for all the hours that you have spent on your blog, and to your family and other families for being willing to share their stories. I saw myself in your story and theirs. Please know, in our case, that God has used your tragedy to help someone else through theirs.

May God bless your family exceedingly abundantly above all that you can ask or imagine. May he continue to use your story and your ministry to help set others free.