Home > Health Risks > Pesticides and Schools
This content may include affiliate links. Purchases through these links earn us a referral fee at no extra cost to you. 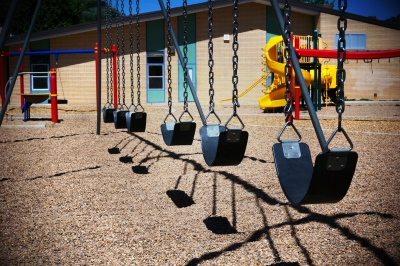 What are the myths surrounding the safety of synthetic weed and bug killers? Are these chemicals as harmless as we are led to believe? How concerned should we be when our children's schools spray pesticides and herbicides on a regular basis?

Pesticides have their roots in World War II. At that time we learned that we can kill people, as well as bugs, with chemicals. With no knowledge about long-term health implications, particularly for children, we embraced the chemical era.

Many pesticides work as nerve poisons. These include organophosphates, pyrethroids, and others. These nerve poisons destroy a key nervous system enzyme—an enzyme that turns off acetylcholine, one of the critical neurotransmitters in the human brain.

Studies have been done noting the impact of organophosphates on the brains of young children. One such study was published in December 2010. 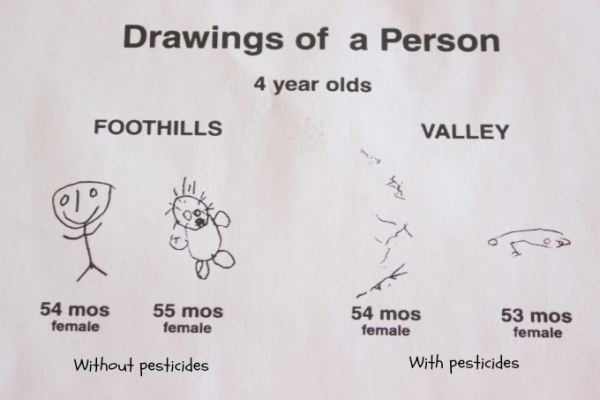 What the Labels Tell Us

On any pesticide label—even those found at the hardware store—you will see two sections: Active Ingredient(s) and Inert Ingredients.

Active ingredients are the primary chemicals that act as a poison to the weeds, insects, or fungal growth.

Inert ingredients are solvents, surfactants, and adjuvants (substances that enhance the body's immune response to an antigen). Inert is misleading. These chemicals help the poison work more effectively. Many of them are toxic and because of trade secrets are not required to be disclosed.

The following label is for one brand of bifenthrin, a popular insecticide. Note that inert ingredients make up 92 percent of the formula. 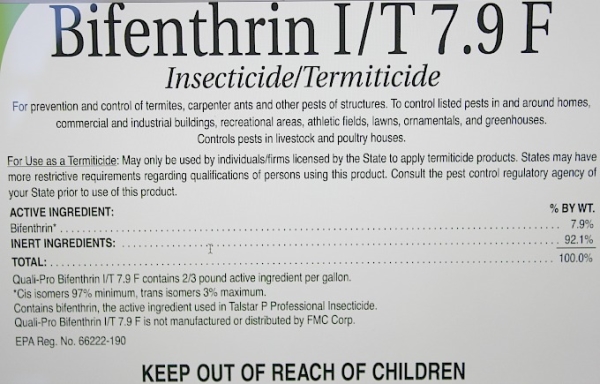 Our safety standards currently operate under the foundational principle of toxicology which says the dose makes the poison, implying that small amounts of poison are safe.

However, we now understand that low levels of certain classes of chemicals are endocrine disrupters. This class of chemicals is more toxic when highly diluted—into parts per billion or trillion. Because the amount is so small, they attach to hormone receptors and disrupt a developing child's hormonal system.

So far there are 800 chemicals suspected to interfere with hormone receptors. Glyphosate is one them. This is one of the most commonly sprayed herbicides in the world and is the primary ingredient in the weed killer Roundup.

What Can You Do?

The good news is there are natural, biodegradable agents that specially target pests but are non-toxic to humans. Examples include diatomaceous earth, cedar oil, mint, orange peel, and much more. Below is an example of a natural product label. Note that 100 percent of the ingredients are disclosed and 100 percent are naturally derived. 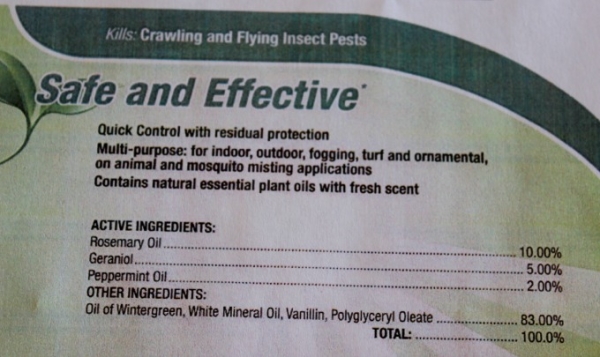 Since World War II we have been part of a giant global experiment. We truly have no idea how these chemicals will impact ourselves or our children. We can cross our fingers and hope for the best, or we can take action now and return to natural, affordable measures.

We are dealing with a vast lack of knowledge when it comes to the subject of chemicals. It's never too late, however, to educate and empower others to ensure a safer tomorrow for our children.

momsAWARE founder Andrea Fabry presented this material to her local school board.
See her six-minute presentation below.