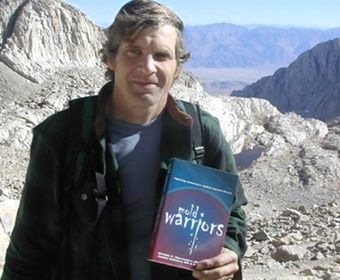 In 1986, Dr. Paul Cheney asked me, "How would you like to become a prototype for a new syndrome?"

I refused, saying that my improvements due to staying out of moldy buildings would distract from his theory that our illness was caused by a virus.

But Dr. Cheney insisted. So I became a participant in the study group that led the CDC in 1988 to recognize the illness that they named "The Chronic Fatigue Syndrome."

Later, adapting the biohazard protocols that I had learned in the Army, I created a strategy of "Extreme Mold Avoidance" to prevent even tiny amounts of cross-contamination from permeating my safe zone.

And that's when I started climbing mountains.

After Ritchie Shoemaker heard my story, I was profiled in his books Mold Warriors and Surviving Mold.

While not a cure, this is more effective than any remedy that I have ever seen . . . and deserves research.